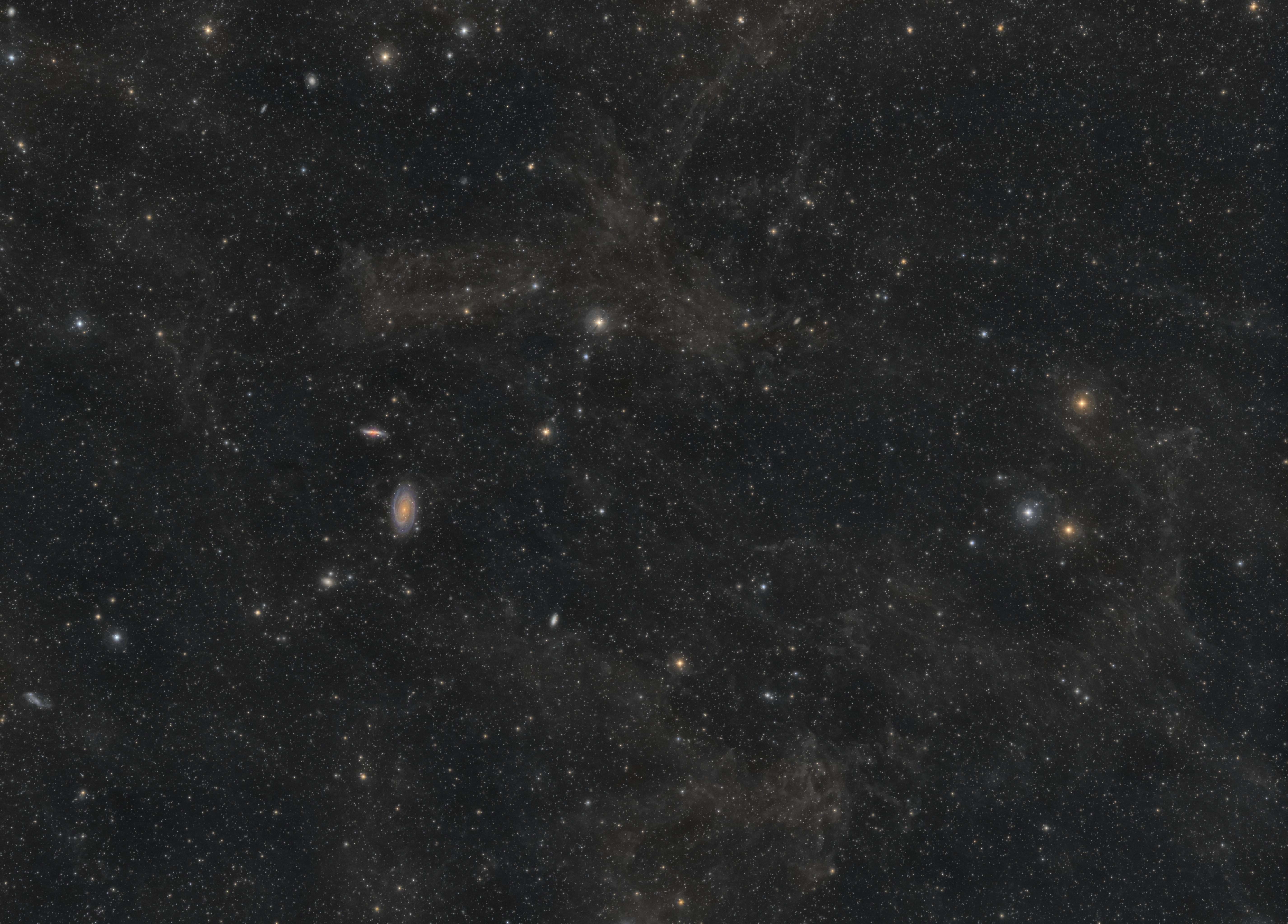 The Galactic Cirrus around M81 – a 2 panel mosaic.

I know, I know, not as flashy as my other pictures, and yet it is one of the most interesting astronomical phenomenon I’ve ever imaged! Unlike typical nebulas, integrated flux nebulas (IFN) lie outside of the plane of the Milky Way : rather than being illuminated by a single star, they are illuminated by the total ‘integrated flux’ of all the stars in the Milky Way. IFN were actually first identified relatively recently, because as it turns out, they are not very bright. And it only took me 58 painful hours to come to that realization!

2 Replies to “The Galactic Cirrus around M81”